I was browsing YouTube the other day as I often do. The main YouTube page always shows some suggested videos based on channels I subscribe to and videos I have watched in the past. I usually give them a quick look over before I start perusing my normal channels. On this day something caught my eye. There was a Let’s Play of a game called “Pathfinder: Kingmaker”. My interest was piqued because my wife and I just started playing the tabletop game Pathfinder a few months ago. I wondered, “Is this the SAME Pathfinder?”. I clicked on the video and sure enough, this is the same Pathfinder!

Pathfinder: Kingmaker is a new RPG coming out September 25th that is being developed by Owlcat Games and produced and distributed by Deep Silver. Owlcat has partnered with Paizo, who created the tabletop game. In fact, Kingmaker is one of the more popular campaign modules for the Pathfinder tabletop. In addition to the partnership with Paizo, Owlcat is working with Chris Avellone. He has written and designed countless RPG games in the past. He is working on Pathfinder as a writer.

Last year, Owlcat launched a Kickstarter campaign for their Pathfinder game. They were already in production creating the game. They had a team, a budget, and a vision. However, they were looking at Kickstarter to make the game bigger and deeper. With the funding from Kickstarter they have been able to add a TON more content than what they would have without. Pathfinder is a BIG game with complex rules and systems. They wanted to be able to implement as much from the tabletop game as they could into their video game. They reached their goal and then some. 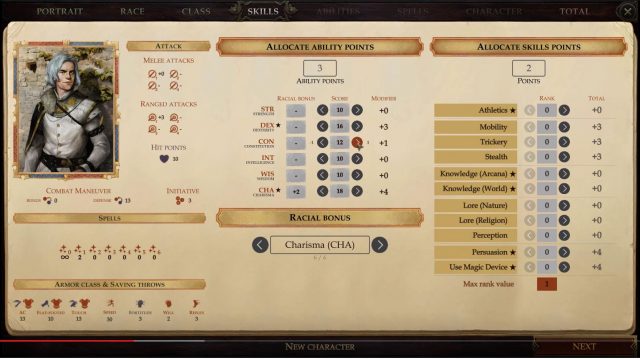 So anyway, I started to watch the Let’s Play video on YouTube. Immediately I was impressed with the character creation. I’m not an expert at Pathfinder or anything, but the creation process was very familiar. I could tell that a lot of care went into being faithful to the tabletop game. There were some things missing, but I think that is to be expected. There are certain skills and feats that just would not translate well from pen and paper to PC.

Once the character was created the player jumped right into their adventure. The variety of races, classes, and alignments in the party members all make for some very interesting interactions. It’s a nice mix so you will always have a well-rounded party. I can also see potential for multiple playthroughs trying out different classes and party members. 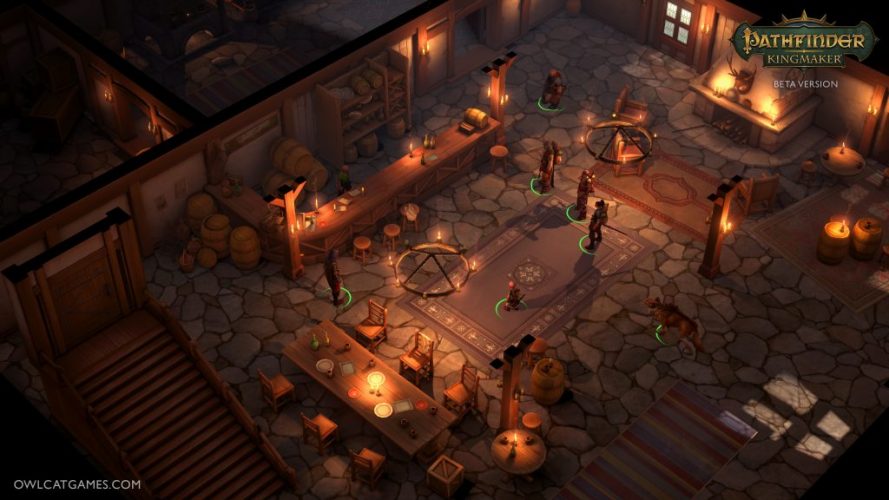 I’m trying not to watch TOO many videos as I don’t want to be spoiled once the game comes out, but what I have seen so far seems pretty solid. The player I was watching was on a slightly older version of the beta so there were some bugs and some placeholder art, but that will be cleaned up. I can tell that Owlcat took great care to make a quality game that will make the tabletop Pathfinder player very happy! 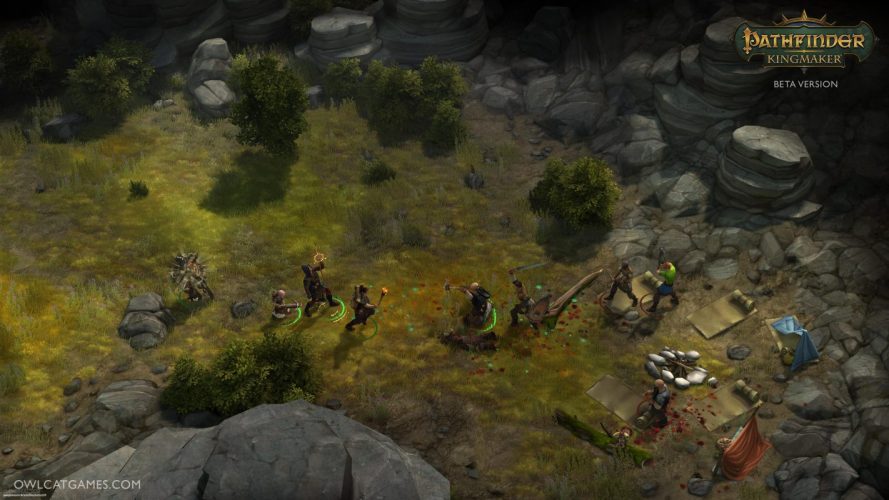 I’ll be following this game and likely picking it up when it releases September 24th. I will be posting more about it in the coming weeks. You can learn more about the game here: https://owlcatgames.com/