So, what ARE my favorite games? It really is a loaded question. I think it’s like asking a musician what their favorite song is, or a librarian what their favorite book is. It’s impossible to come up with “THE ONE” so to say. Just like a favorite song, my answer can change from day to day depending on my mood. Not only that, but I’ve been playing games for a LONG time and my tastes have changed over the years.

Instead of trying to compile some kind of top 10 list or something, I’m just going to start from the beginning and talk about some of the games that got me hooked on gaming to begin with. From there I’ll work my way forward to some of the recent games that I’ve fallen in love with.

Just like a TON of people from my generation, the first video game I remember ever playing was Pac-Man. My parents had an Atari 2600 and a handful of games. Pac-Man and Combat are the two that I know I played the most. The Atari 2600 is also where I learned to play Blacjack!

It wasn’t until a few years later when a couple friends of mine got a Nintendo that I REALLY started to dive into video games. Of course the Super Mario Brothers games were a lot of fun. It wasn’t until I went to a friend’s house one day and he had this game called “The Legend of Zelda”. It was unlike anything I had ever seen before. It had a HUGE map and you could literally wander around and get lost. You collected different items and weapons, fought monsters, and searched for treasure inside of dungeons. My young mind was blown. It wasn’t until some time later before I finally got my own copy, and with the help of a special issue of Nintendo Power, I was able to complete the entire adventure and defeat the evil Gannon! 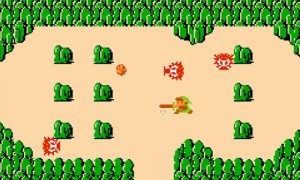 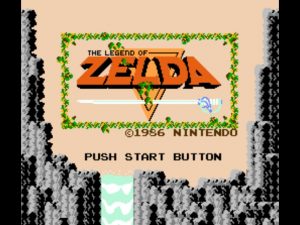 When I got a bit older a new generation of Nintendo came out. This time I was the first of my friends to get the brand-new Super Nintendo. One of the first games I got was a racing game called F-Zero. My friends and I played the HELL out of this game. We’d run the practice track and try to get the best time. We had that track down to near PERFECTION. A lot of my love for racing games I had when I was younger came from the hours spent on F-Zero.

I had a pretty decent collection of Super Nintendo games. However, there are two that really stand out. First, of course, is The Legend of Zelda: A Link To The Past. Even today, this is one of my favorite games of all time. The amount of time I sunk into this game as a teenager is mind blowing. I mastered the game. I knew every secret, where every hidden item was, and knew the map like the back of my hand. When you beat the game it kept track of how many games it took you to finish. I had it down so I’d never die and never turn the console off and I’d finish the game in 000 games. I was so proud! 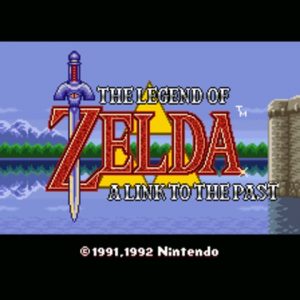 The second game that really stood out on SNES for me was The Secret of Mana. This was an adventure game similar to Zelda but it was a Final Fantasy type game. The best part was that you could play two players. My best friend and I locked ourselves in a basement for an entire weekend and played through the entire game. It was great because one of us would fight and the other would keep us alive. The story kept us going, and we had so much fun working together in that game! 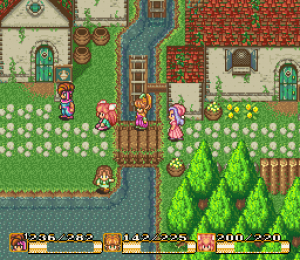 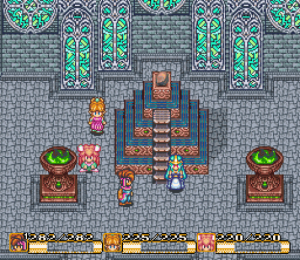 After my days of playing the SNES I started getting more into PC gaming. I had a computer at home most of my childhood and we always had games on them. I played stuff like Commander Keen, Wolfenstein, and other early PC games. I remember playing a version of Sim City 2000 at home too. However once I got to college and had a PC with Windows 95 I really started to embrace it for gaming.

The first game I bought for myself for Windows 95 was Star Wars: Dark Forces. It was the first 3D shooter game set in the Star Wars universe. No game had ever allowed the player to walk around the Death Star and other locations shooting Stormtroopers. It was GLORIOUS! I clocked many hours into that game! 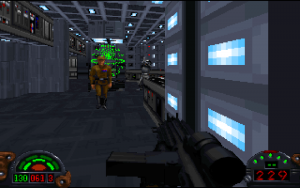 During my time in college there are two games that really stand out to me. The first is Civilization II. I don’t remember how I first heard about it. It could be that I saw a classmate playing it on a laptop or something. Regardless, once I started playing it I was hooked. I loved the turn-based pace of the game and the strategy involved. There were multiple ways to win and each Civ that you could play as were all very different. I have played every Civ game since then and I have enjoyed them all. I still love turn-based games and it all started with my love for Civilization II. 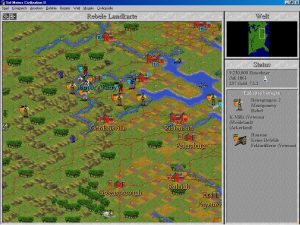 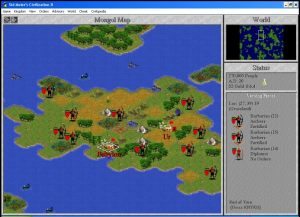 The second PC game that got me addicted during college was Starcraft. Oh, Starcraft. I stayed up WAY too late playing this game and spent WAY too much time on the internet at work reading about strategies. I have no idea how I managed to graduate with all the time I spent on Starcraft! I had never played an RTS game before. Even though I wasn’t very good at it I loved the fast-paced strategy style of the game. It was different from Civilization because I always had to keep moving. My enjoyment of Starcraft led to many years in the future playing RTS games.

To be continued in Part II…